Bruce Pascoe’s Dark Emu has stirred considerable controversy and recent work by Peter Sutton & Keryn Walshe has subject it to critical academic analysis. Not only questioning some of his evidence, they believe Pascoe has “fallen into a trap of privileging the language of agriculture above hunter-gatherer socioeconomic systems.” Eurocentic language like ‘agriculture’ and ‘farming’ impose colonial preference and resurrect old and deeply entrenched views about Progress, diminishing the rich culture followed by ‘hunter/gatherers’.

Tasmania was criss-crossed with native paths that intersected at significant sites like the Launceston Basin and while they were not places of sedentary occupation, movement was seasonal, not nomadic. Coastal occupation in winter was extended and involved (quite possibly) the construction of fish traps and certainly the construction (at least on the northwest coast) of elaborate huts sunk in the landscape. Occupation of the Launceston Basin was intensive and as it was also a site where different mobs intersected, it provided an opportunity for marriage and other ceremonies (as the proximate ochre sites evidence).

Tasmania has still to provide much more evidence of Aboriginal landuse and occupation that will inevitably challenge preconceptions. Pascoe’s work, which largely ignores Tasmania,  however controversial has stimulated reaction and excited research.

Mark McKenna. “Bruce Pascoe has welcomed the Dark Emu debate – and so should Australia” https://www.theguardian.com/commentisfree/2021/jun/25/bruce-pascoe-has-welcomed-the-dark-emu-debate-and-so-should-australia 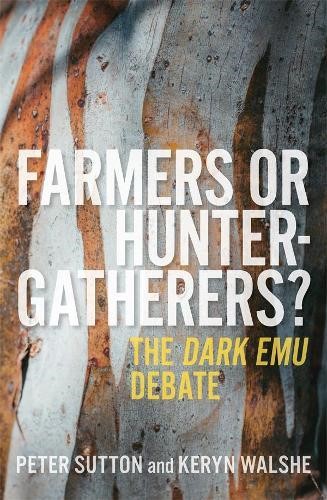