On the 18th February 1802 the Botanist, Leschenault, of the French exploration expedition led by Nicholas Baudin while at Maria Island, came across a small mound with a tent like “wigwam” of bark over it.  He decided to dig into it finding human cremated remains.  In a sense this could be said to be the first archaeological excavation – more just a dig – in Tasmania.  In the 1920-1930’s some “educated people” carried out “pot-holing”, compared to today’s highly scientific and controlled work it was crude, and this sort of research would continue until 1966, when professional Archaeologist, Rhys Jones would arrive at Rocky Cape and Sisters Creek to carry out extensive work, excavating three sites with the aid of fellow Archaeologist, Harry Lourandos, who would continue research at Little Swanport and Crown Lagoon, Lemont, in 1967 and 1968.  Between them they established an incredible amount of new data and a sound foundation for future research. 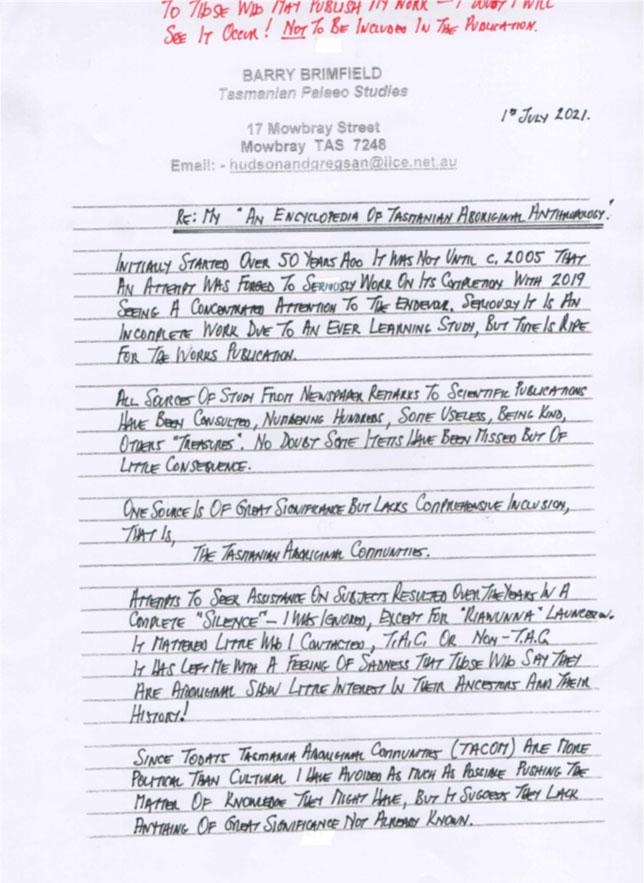